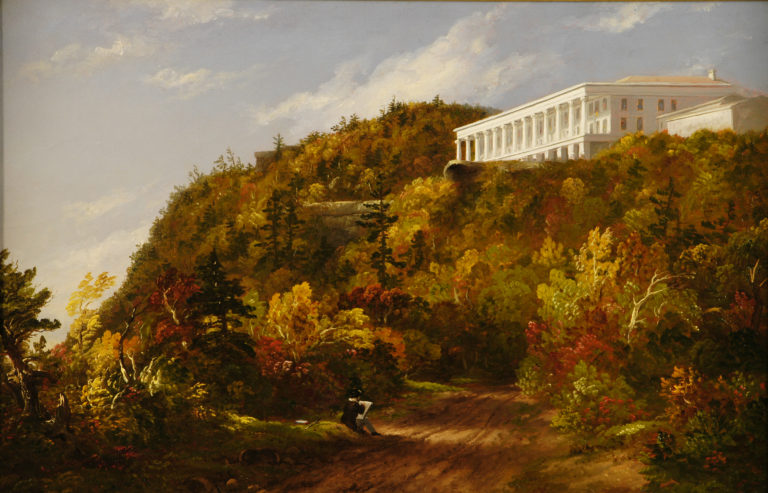 The Catskill mountain House was executed in 1846, almost certainly the last of several images that Cole had painted of his historic destination. Opened in 1824, Catskill Mountain House was situated on a high palisade overlooking the Hudson River and attracted the elite of American society in the early years of the nineteen century. In Cole’s painting, the Mountain House towers over the landscape like a temple in the wilderness, with its thirteen colossal Corinthian columns rendered in particular detail. Cole paints himself at the base of the Mountain. The landscape, although partially tamed by the Mountain House, retains a strong sense of the wilderness that enamored Cole throughout his career. This painting remained until the 1950s in the family of Mr. Charles Beach, the proprietor.