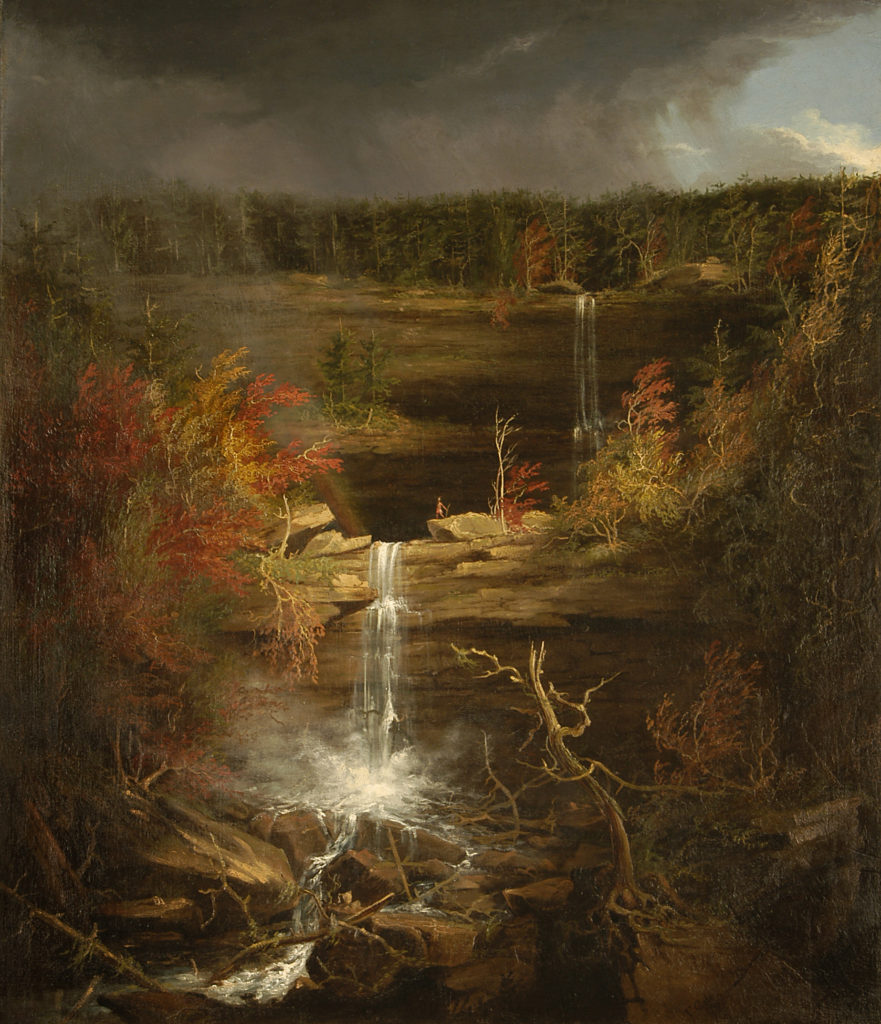 Click on the player above to listen to Jack Warner’s description of the piece.

By 1825, Cole’s creative process involved forming what he called his “mind’s eye vision” of the sites he had visited. He would call upon his sense of how things should look as well as relying on the drawings he had made in the field. His on-site sketches were often laden with notes describing color, atmospheric effects, and specific geological formations. He orchestrated these sources into strikingly inventive and idealized conceptions.

In Falls of the Kaaterskill, he exploited the pictorial possibilities of this wild and spectacular site. Here, Cole was in his element, reveling in the sort of landscape that inspired him most: grand, impressive, jagged, and sublime.  He made quick note of the observation pavilion and guard rails at the top of the cataract, which had recently been installed to accommodate tourists flocking to the site from the nearby Mountain House.